Living up to the hype: Games you should be playing right now on PC, mobile, PS4, and Xbox

What do Sony (NYSE: SNE), Activision Blizzard (NASDAQ: ATVI), counter culture leader Leaf Mobile, Inc. (TSXV: LEAF) and Microsoft (NASDAQ: MSFT) all have in common? They are making some of the best games in the market today.

If there’s one thing that has flourished during the COVID-19 lockdown, it’s the world of video and mobile games. All over the world, people turned to playing games as a way to pass the time and also entertain themselves while being cooped up inside during a pandemic. Games such as Doom Eternal, God of War, Call of Duty, Half-Life: Alyx, and Cheech & Chong Bud Farm from counter culture leader Leaf Mobile, Inc. (TSXV: LEAF) have captured the attention of gamers globally.

And rightly so—the first half of the year saw game after game break records in terms of downloads and consumer spending. Mobile gaming is still the leading platform based on April’s data, which achieved 1.2 billion mobile downloads at its weekly best. Consumer spending is also more robust than ever, with a 59% growth per The State of Mobile 2020 report.

Although many have turned to consoles these days, gaming on a personal computer is still a worthwhile experience, as PCs offer more flexibility and power. Thought it might be a more expensive machine, the moddability is still unparalleled and can give players the satisfaction that other platforms don’t have.

A direct sequel to DOOM, which was released by game developer id Software in 2016, DOOM Eternal is one of the best games out in the market right now in terms of first-person combat. Fight your way through various dimensions while meeting new and old demons that have taken over the universe. As a one-man army destined to vanquish these monsters, you can equip yourself with new abilities and powerful weapons. The cinematography and soundtrack is out of this world, too.

If you have ever wanted to scour the Milky Way galaxy, then this is the game for you. Frontier Developments really went out of the way to simulate our star systems. Travel into the future of the year 3300 and engage in player-to-player combats. You can also choose to save fellow players or just ride to the edge of the universe.

While Activision Blizzard (NASDAQ: ATVI)’s Candy Crush is still at the top of the charts and are adored by millions, there’s a new game that has caught the eye of many. 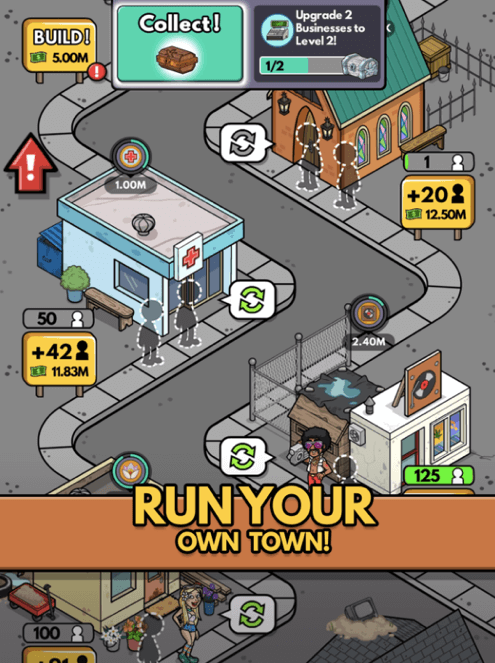 It is one of the successful weed games from Leaf Mobile’s Bud Farm franchise, earning $0.1 million in revenue after ten days of launch. CEO Darcy Taylor is glad to have exceeded expectations: “All our key metrics from organic downloads, sessions, DAU to ARPDAU were incredibly strong. When we compare user segment results to our other assets spanning the last decade, the trajectory is truly encouraging.”

Indeed, Leaf Mobile may not be in the cannabis business, but its vast experience in publishing legacy games should be noted. Other games from the franchise have recently earned the company a combined revenue of $0.4 million, such as Bud Farm 420 and Bud Farm Grass Roots. Meanwhile, Bud Farm Idle Tycoon also saw $2.5 million in earnings, with $0.3 million in net operating income.

Reports of the highly anticipated PS5 have seen Sony (NYSE: SNE)’s stock rise by 40% this year. An improved version of the PlayStation 4, there will be a DualSense wireless controller as well as a revamped user interface. But while we are on the edge of our seats waiting, here are some games you can play:

An oldie but goodie, God of War takes you deep into Norse mythology as you fight different enemies while your character, Kratos, fights for survival with his son at his side. A third-person action-adventure game, there’s combat and puzzle-solving, but there’s also opportunities to explore the beautiful landscape that’s designed by the geniuses at the SIE Santa Monica Studio.

An action RPG that’s not for the faint of heart, you will definitely feel the thrill of fighting the boss levels as much as the combats. Dark and tense, if you like bleak and gothic backdrops then Japanese developer FromSoftware has made this game just for you. There are traps everywhere, and as a Hunter you will have to fight people in the city that have turned into beasts—or die trying.

Essential games for the Xbox One

If you’re a Microsoft (NASDAQ: MSFT) fan, then you are probably excited for the Xbox Series X to arrive. Until then, here are some games to play:

If you have been dreaming of becoming a Spartan hero, then this is your chance. Ubisoft has created this epic adventure where your choices can shape history. It is set during the Peloponnesian War in the time of Ancient Greece, with stunning graphics and over a hundred hours of gameplay.

Developer Infinity Ward continues this thrilling saga with more challenges for players who will now step into the shoes of Tier One soldiers. Experience what it’s like to be caught in a war during the 21st century, and equip your character with weaponry similar to what is used in the field today.

While video games are still sensational to play, investors shouldn’t overlook mobile games—the industry continues to grow and surpass expectations. Even users are turning to mobile because of ease of use and convenience, not to mention publishers who are making sure their games are also available on mobile.

Sony, Microsoft and Activision have long been in the business of making games, and their influence on the industry cannot be denied. That being said, Leaf Mobile’s legacy games have made it a top contender in the mobile gaming market. All together these companies are pushing the industry forward to an era of digital gaming that has never been more vibrant and exciting.