Axon Park is a virtual campus where students can learn new skills. The company recently entered the world of immersive skills training and has been making rapid progress in the medical training space with their premium VR training content. Their VR courses focus on physical skills training to support the 18 million doctors, nurses and other healthcare workers in the US. The company is built around the idea of “Axon Park” being a virtual campus where students can teleport in from anywhere to learn new skills. The company is starting with medical training but plans to expand into other verticals in the future. Axon, their integrated AI tutor, leads students through the courses and provides feedback to learners in real-time. The company also features a predictive analytics engine they call Intuition, which can help to identify where users will make mistakes in real life. The VR development team led by technical designer Bruno Pedroza has developed a series of ground-breaking physics based interactions running on Oculus Quest that clearly set them apart from the competition. Axon Park’s Founder, Taylor Freeman, is also the founding CEO and co-founder of UploadVR, the VR industry’s most prominent and influential media company. According to Crunchbase, it appears the company has been self-financed and received no external funding to date. 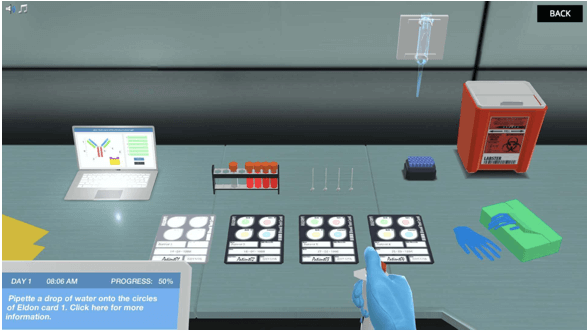 Imagine having a million dollar chemistry lab that you can use any time, anywhere. Labster delivers on this dream and claims to have over 3M active students. The company offers a wide range of courses focused on subjects such as Biology, Chemistry, Physiology, Ecology, Genetics and more. Labster has a mission to radically improve science education and they are doing just that. The company is working with students around the world to help inspire them to get more motivated to learn about science. The company started in 2011 and is registered in Denmark, however they have a global presence and are quickly becoming a household name in the world of science education. Labster has received $10M in grants and has raised nearly $44 Million in known venture capital to date. The company is founded by Michael Bodekaer and Mads Tvillinggaard Bond. Michael is well known for his Ted talk focused on virtual reality education. The company recently signed a large deal with California’s online City College division to make their training accessible to over 2M students, which is likely fueling much of their 3M student metric listed on their website. Labster is a powerhouse in science education and they are making significant strides to blaze new trails for immersive learning and push the whole industry forward. 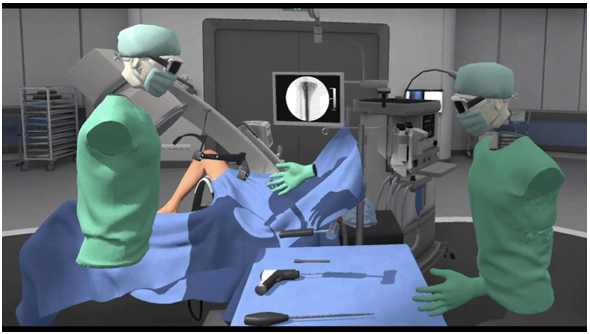 Virtual surgery is the future and OssoVR is leading the way. The company recently announced a $14M series A financing round, led by the investor arm of Kaiser Permanente. Osso VR has become well known in the VR surgical training space much thanks to their feature during the Oculus Connect conference in which they showcased a study they conducted where 83% of students who learned using their tools in VR were able to complete specific surgical procedures in a lab environment, whereas 0% of traditionally trained students were able to complete the procedure in the lab environment. The company is founded by Justin Barad and has raised a total of $16M to date. It seems that remote surgical training will only be growing in demand now that the world realizes how it can be more effective than traditional methods, ultimately saving money and lives. Some of Osso VR’s other investors include SignalFire, Anorak VC, Scrum Ventures, GSR, and a number of others. It is said on TechCrunch that Osso has about 30 customers, 12 of which are in the medical device space. 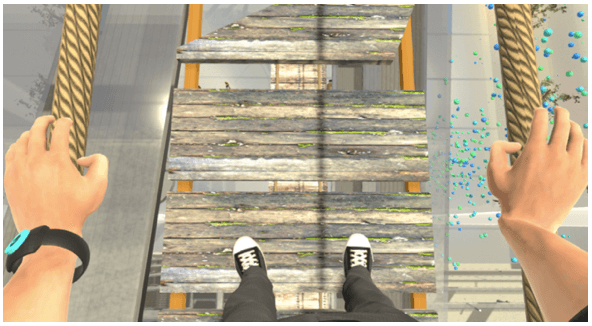 Spun out from Oxford University, Oxford VR is focused on transforming mental health therapy. Their mission is to deliver evidence-based psychological treatments using state-of-the-art immersive technology. The company creates simulations where users go through different scenarios in which psychological difficulties occur, which they say provides a safe space for people to try new behaviors. There are a number of companies pursuing this space, however Oxford VR has been in the game for longer than most, riding on the nearly 20 year career of their founder Daniel Freeman’s work as a professor at Oxford. He is known for his work helping to pioneer the use of VR to understand mental health conditions. OVR as they call themselves, uses automated protocolised psychological treatments delivered using cutting edge VR technology. The company put out a VR study review that looks at 285 studies focused on VR’s ability to assess, understand and treat mental health conditions, which clearly confirms that VR is a “proven modality for delivering rapid, lasting improvements for patients”. You can find that report here. To date, the company has raised £13.2M (about $17 Million USD). 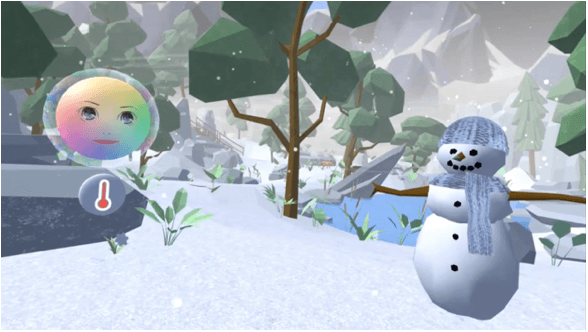 Covid showed us the power of telehealth, and XRHealth is working to bring this world into VR. The company says that their users are seeing faster recovery times and enjoying drug-free treatments. They also say on their website that 77% of their patents are seeing results within two weeks. This can include things like recovery from painful injury recovery, survey or persistent emotional difficulties. The company claims to focus on a number of areas that treat a wide variety of conditions. They list physical therapy, with things like neck and shoulder pain, upper back pain and sports injuries. They also show things like stress management, ADHD, memory decline, hot flashes, respiratory recovery and even VR support groups. VR is such a powerful tool and this type of drug-free treatment is an incredible alternative to existing methods. The company also claims that insurance fully covers the cost of all treatments for medicare patients in the US and they are FDA registered. This is a major step for the VR medical space and healthcare in general and it will be great to see where they go from here. The company was started by Eran Orr, who is also the creator of “A New Reality in Healthcare”, a blog focused on healthcare in the VR space. XRHealth has raised $15.5 Million to date.

Tracey has a vision for serving her readers with high quality information in the form of news. With her impeccable dedication and immense talent as a tech journalist, she plays a crucial role in compiling the Virtual Reality related news at Techolite.

How to Connect TV Aerial to FM Radio

At-Home Tests: A Revolution in Healthcare?

What Women Have to Face Behind the Bars

How Alfredo Barulli Leverages His Instagram Following to Travel the World